Regulation S provides a safe harbor for securities in offshore transactions with no directed selling efforts in the U.S. The term “directed selling efforts” means anything could have the effect of “conditioning” the U.S. market for the offering. Any press releases or other publicity surrounding the cannabis offering must not be disseminated in the U.S. There must be a prominent legend on the securities saying that the offering is not available to U.S. citizens. Typically, U.S. investors are sought in the same time period.

This “cross-border offering” is actually two separate offerings marketed in parallel on both sides of the border. The SEC exemptions that cannabis offerings usually rely on for the U.S. portion of their cross-border offerings are Rule 506(b and Rule 506(c under Regulation D. With Rule 506(c private cannabis shares can be offered to anyone anywhere in almost any manner. A virtual Wild West for early stage capital, in early 2018 a REIT used Rule 506(c to raise capital on Craigslist. Issuers can indiscriminately solicit investors online and elsewhere for any legal service or deliverable.

Rule 506(b, sometimes referred to as the “Friends and Family Exemption,” permits the issuer to sell shares to 35 non-accredited investors as well as to any number of accredited investors. The downside is that Rule 506(b cannot be used if the issuer wants to solicit the public. As for re-sales, Rule 144A provides an exemption for QIBs (Qualified Institutional Buyers), which include U.S. insurance companies, investment companies, certain employee benefit plans, trusts, broker-dealers, and large banks.

A cannabis private placement (as well as any private equity transaction) can be followed by a resale to a QIB. For example, a fully underwritten cannabis offering could be sold to a syndicate of initial purchasers who in turn can sell shares to one or more QIBs.

Ready to Get Started? 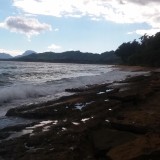